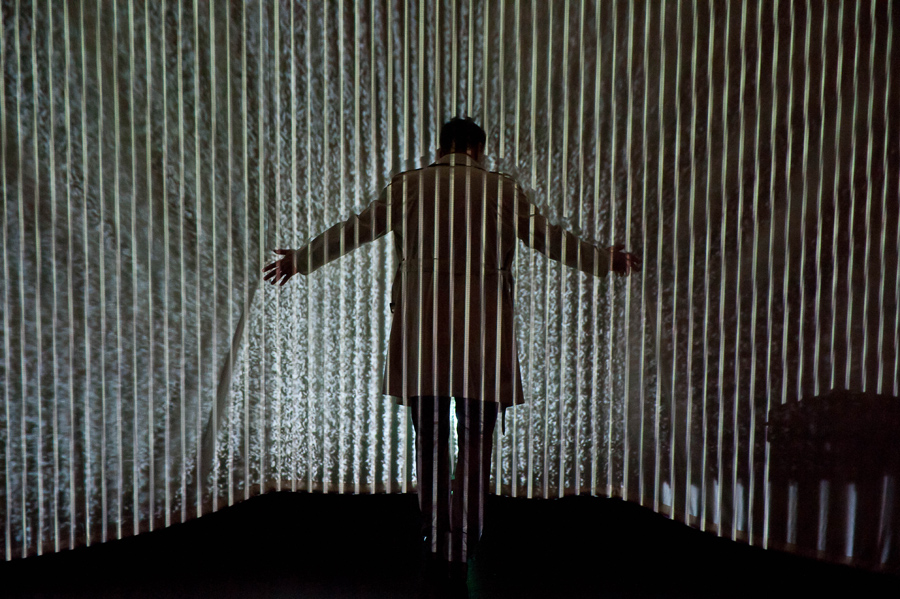 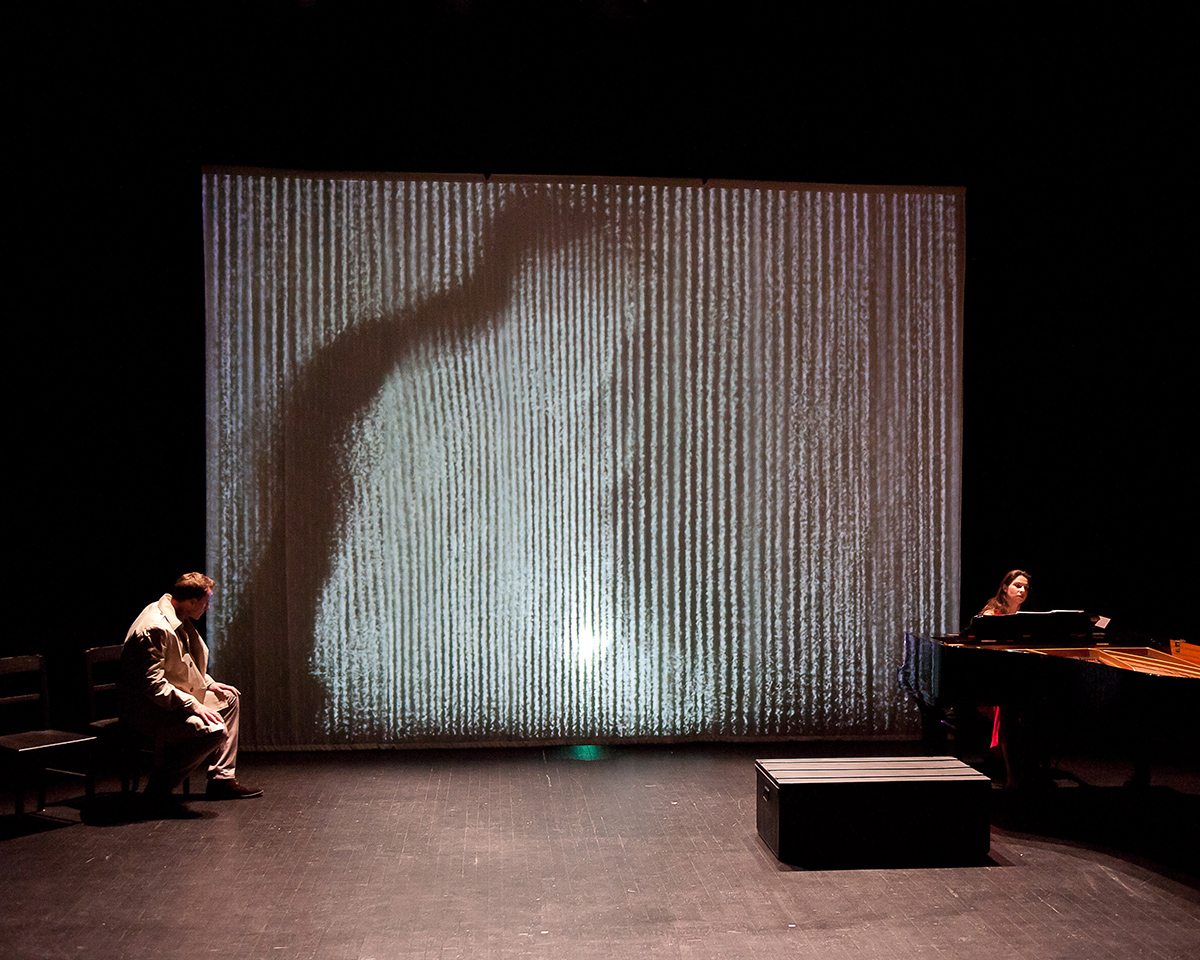 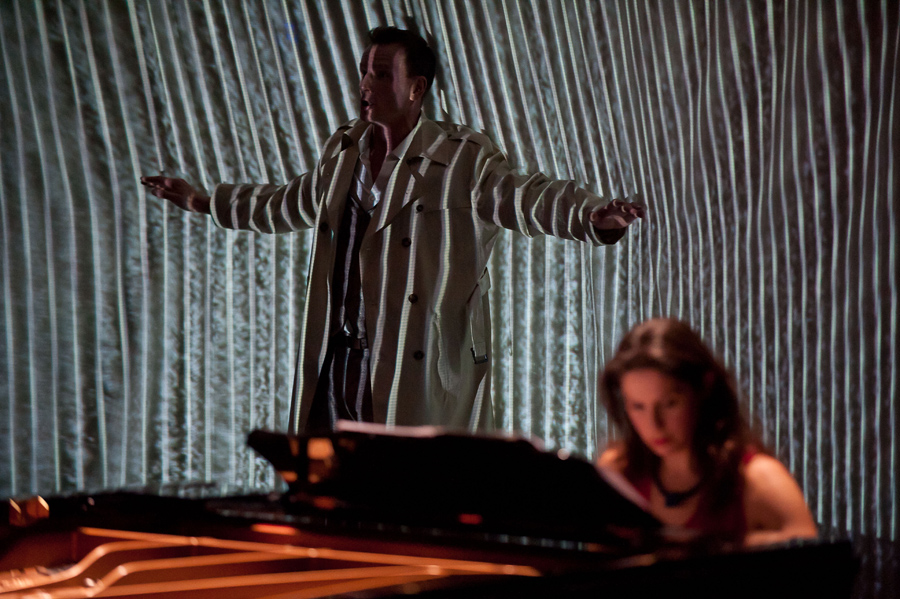 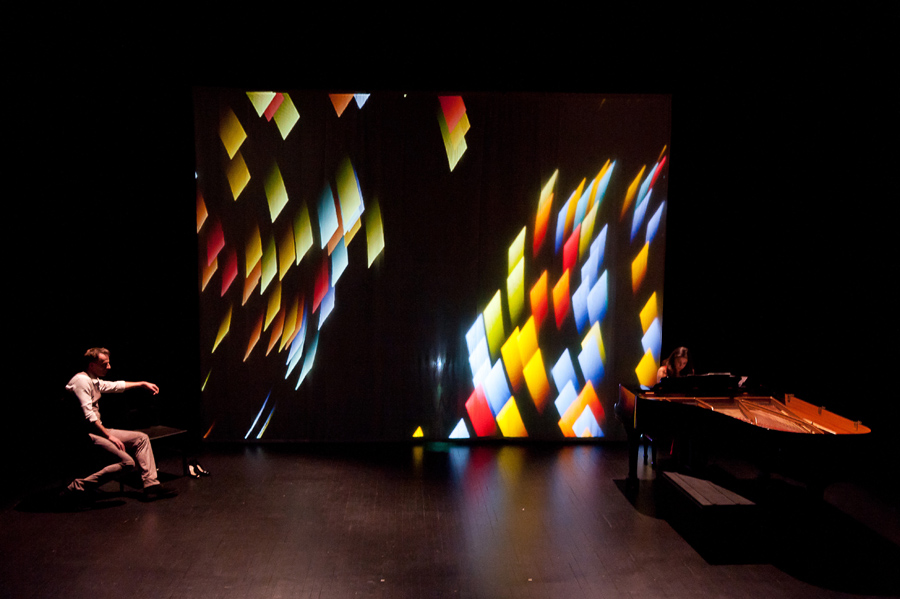 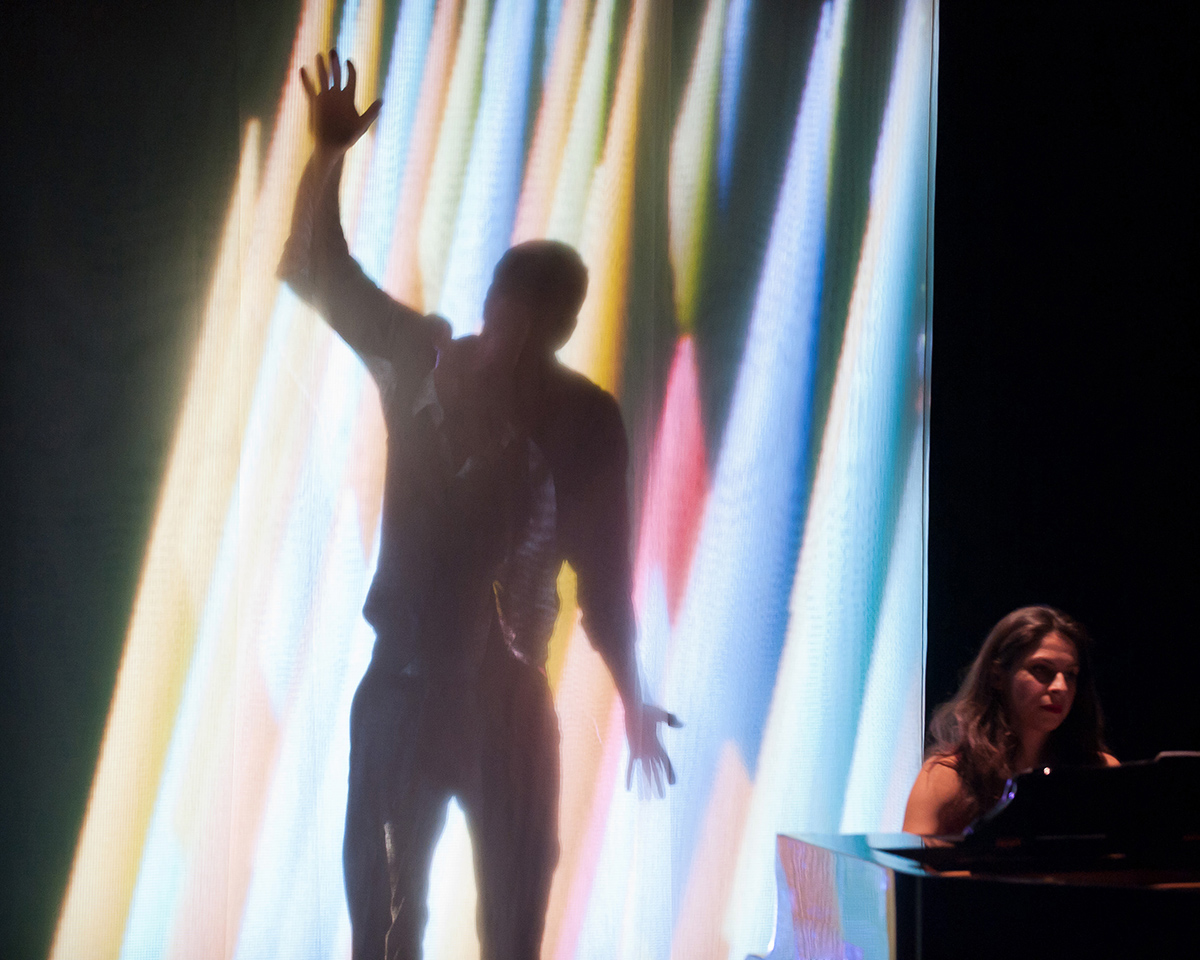 From two cycles of songs (lieder and melodies) by Wolfgang Rihm and Gerard Pesson, we wanted to cross two ideas : finding the Wanderer again (the Traveler, this very character of the romanticism for who the path is more important than the goal ) and imagining him in a strange relationship with his pianist/companion.

This show is a real musical theater play in the sense that the theater is associated with musical rhythm as well as words : the choice of the music (Rihm, Pesson, Eisler…), their sequence, the situations taken from the poems from Nietzsche, Sandro Penna or Brecht, create the conditions for the stage creation. The Wanderer is actually played by the singer as the couple’s relationship is found throughout the show. The visual dimension, thanks to digital images Tomek Jarolim, accompanies and provides the tools necessary to play the space changes, the theater.

In this case, this show cannot be dissociated from its performers : Ivan Ludlow was Wotan/Wanderer in our Ring Saga in 2011, Kalina Georgieva is his companion in the real life and on the stage. Their complicity, affection, intimacy are the vital dimension of the staging.