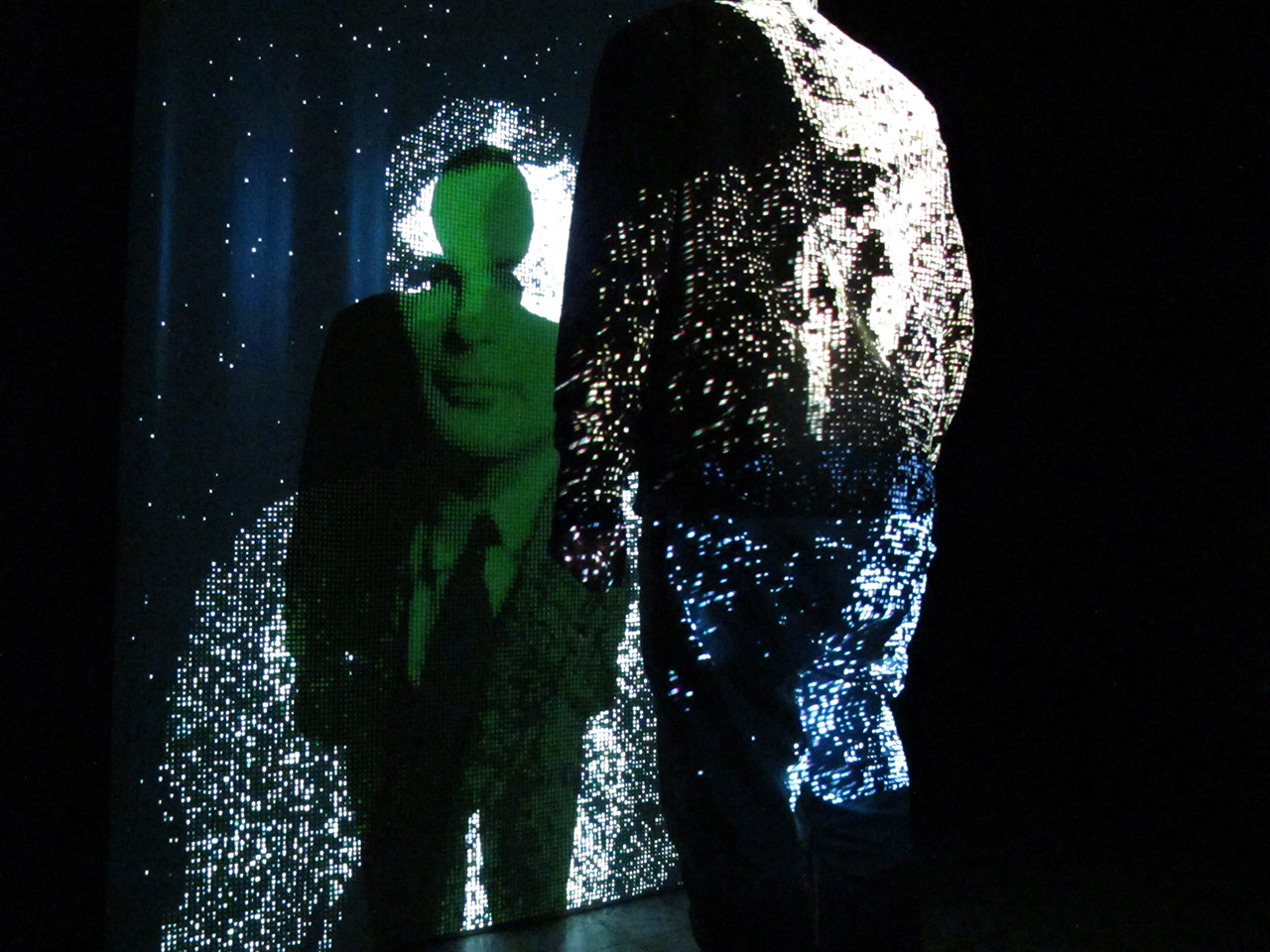 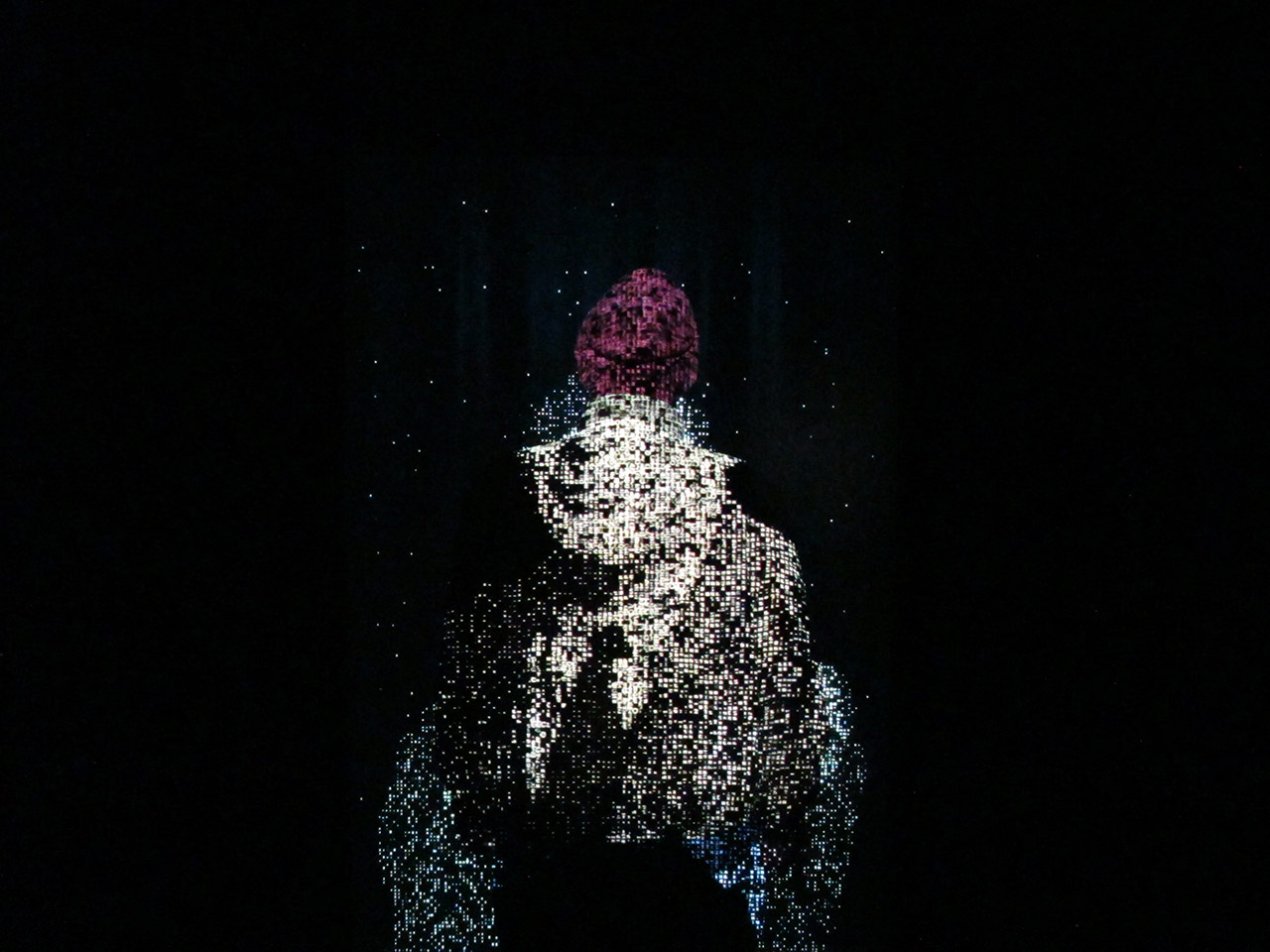 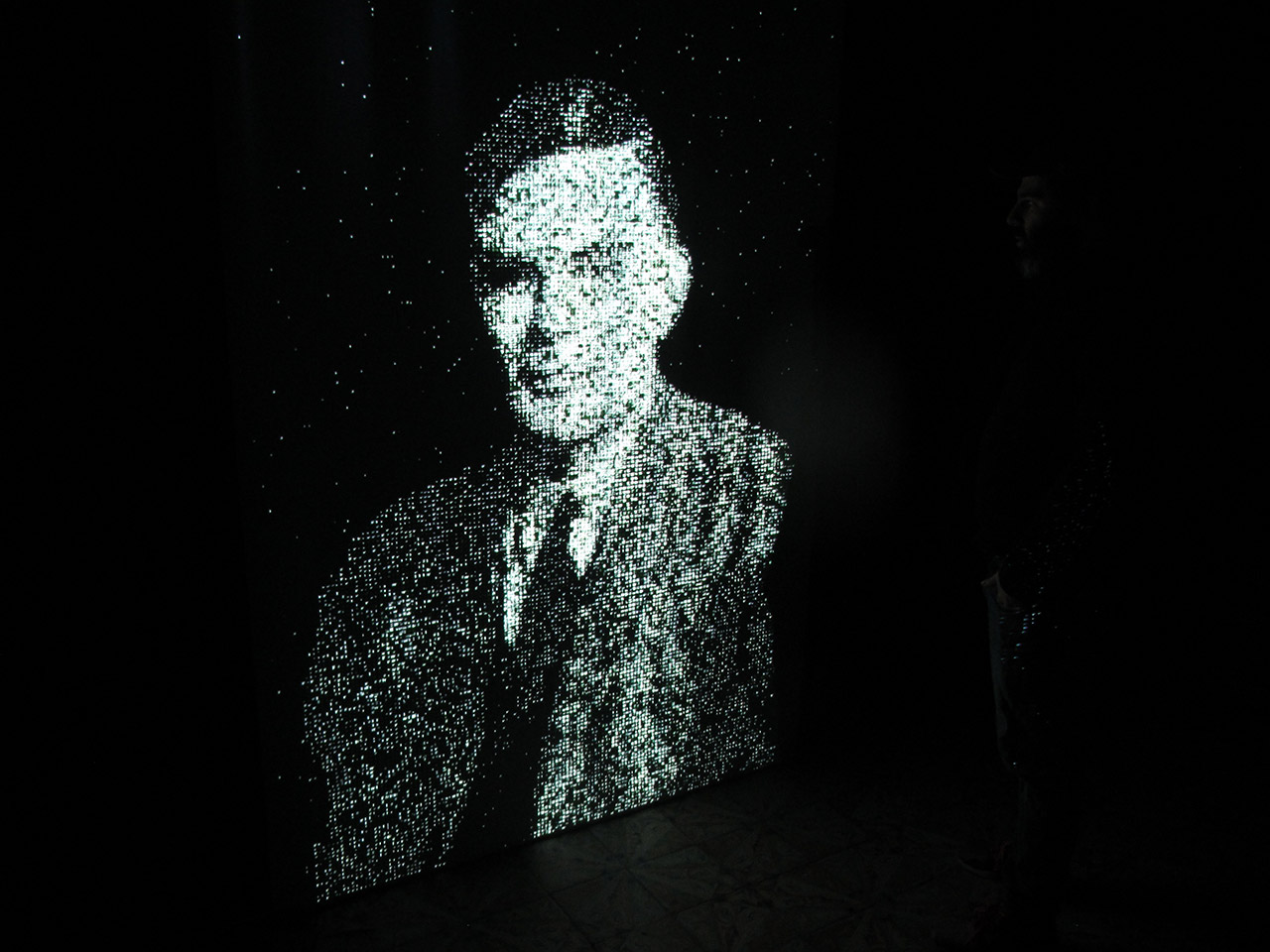 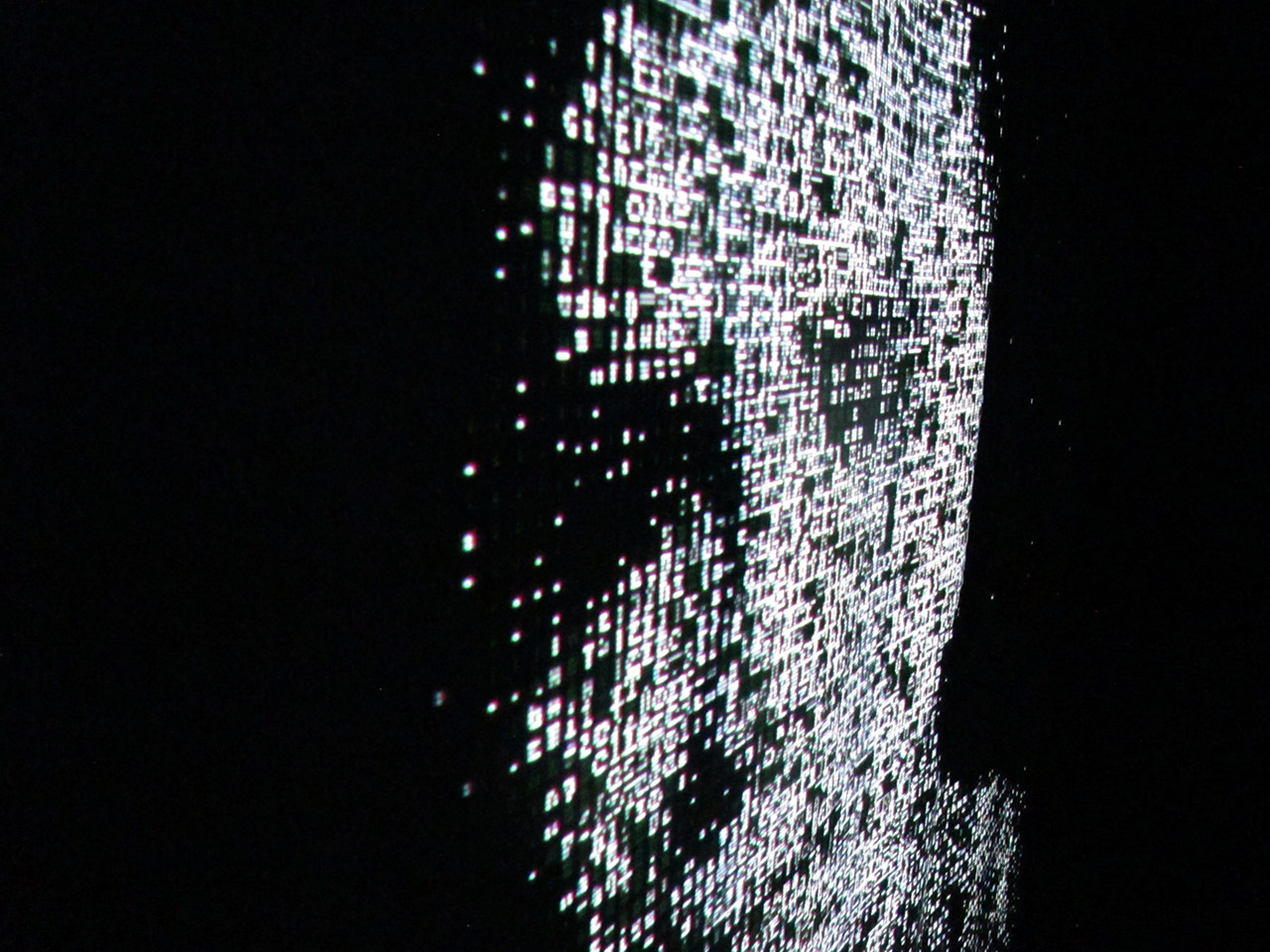 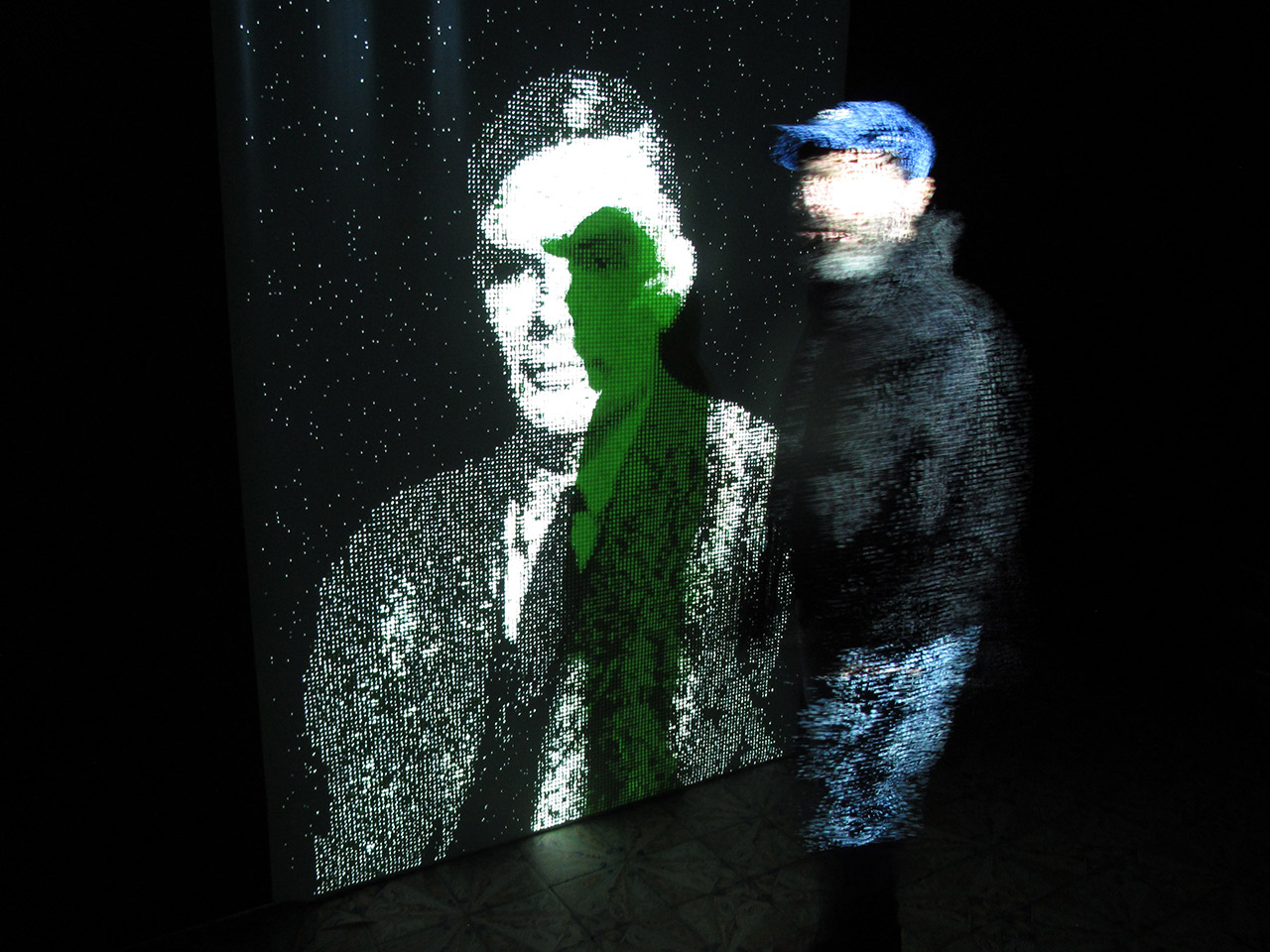 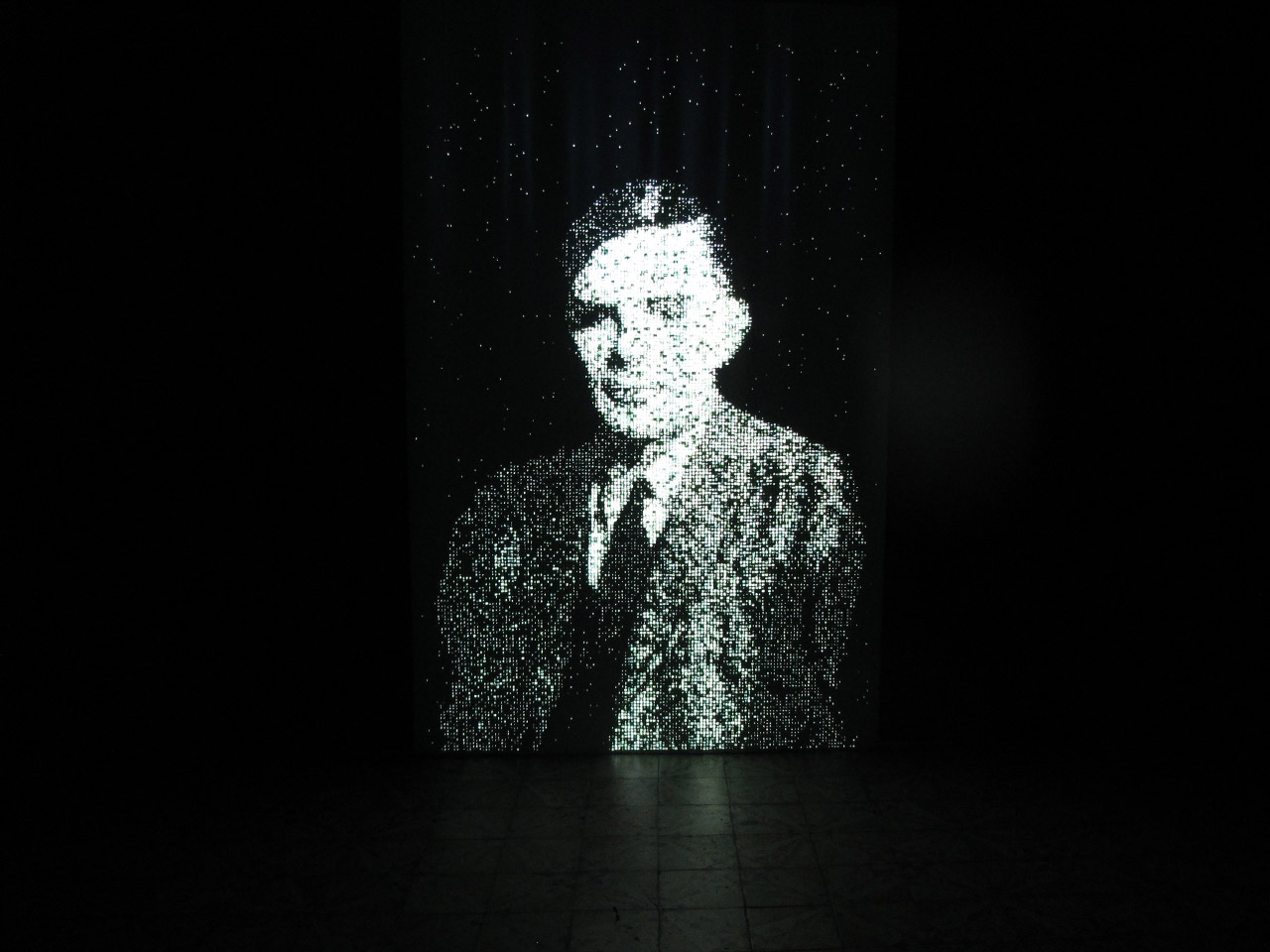 The Shroud of Turing

The should of Turing is revealed in a dark room with walls covered with woodwork. At the end of the room, on a surface of three meters high, a luminescent portrait composed of flickering white and green pixels is glittering. The figure – the icon? – which appears in this pale phosphorescence is the mathematician Alan Turing whose scientific and cultural heritage has upset the imaginaries of the twentieth century. A man who, despite himself, has propelled a whole field of science towards new mystics and opened the way to strange techno-scientist and functionalist religions.

A prophet without knowing it, he bequeathed an involuntary testament whose apocryphal residues surround us with their shrouds of big data and artificial intelligences to the demiurgic perspective.