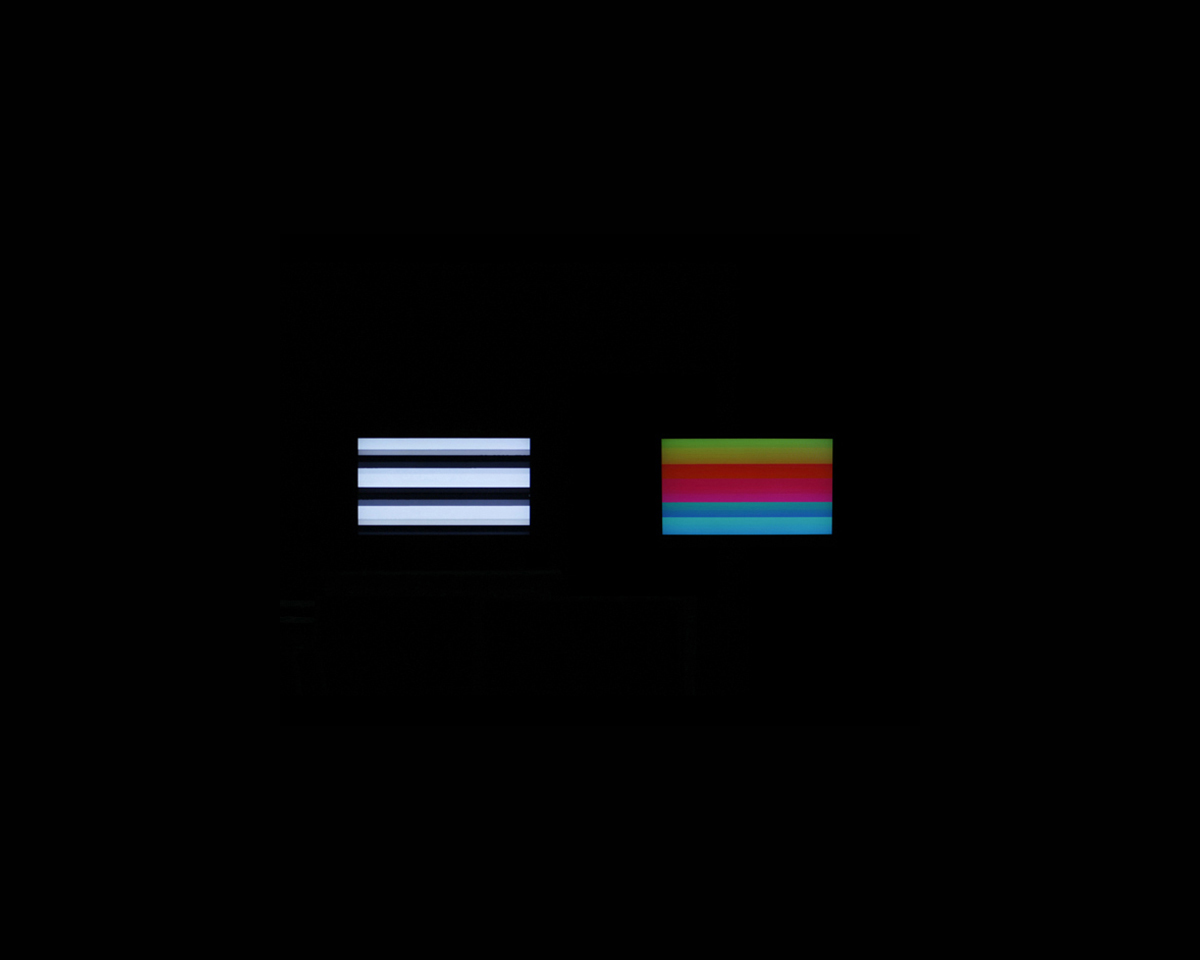 Black and white are two extreme light values​​. between the two every color is played. The relationship to the viewer opens the way to the possible perceptions. the audience sees rhythms and pulsations between the broken pixels. By exploding the white saturation of pixels can be seen the richness of the sensation, through a trip in the primary components of the absolute. The illusions fuse. The colors blend. The eyes blur. The result of this vagueness is the challenge of the project itself : seeing, without any imposed image, what can happen between black and white, between the light and the retina, between the infinity of our eyes and the finiteness of the pixels. Invisibles is a questioning of the image and its saturation : the color and the pixel, in their purest forms, let the eyes to an image without stories, in favor of something to be felt.